We Began to Romanticize the Wilderness – Wendell Berry 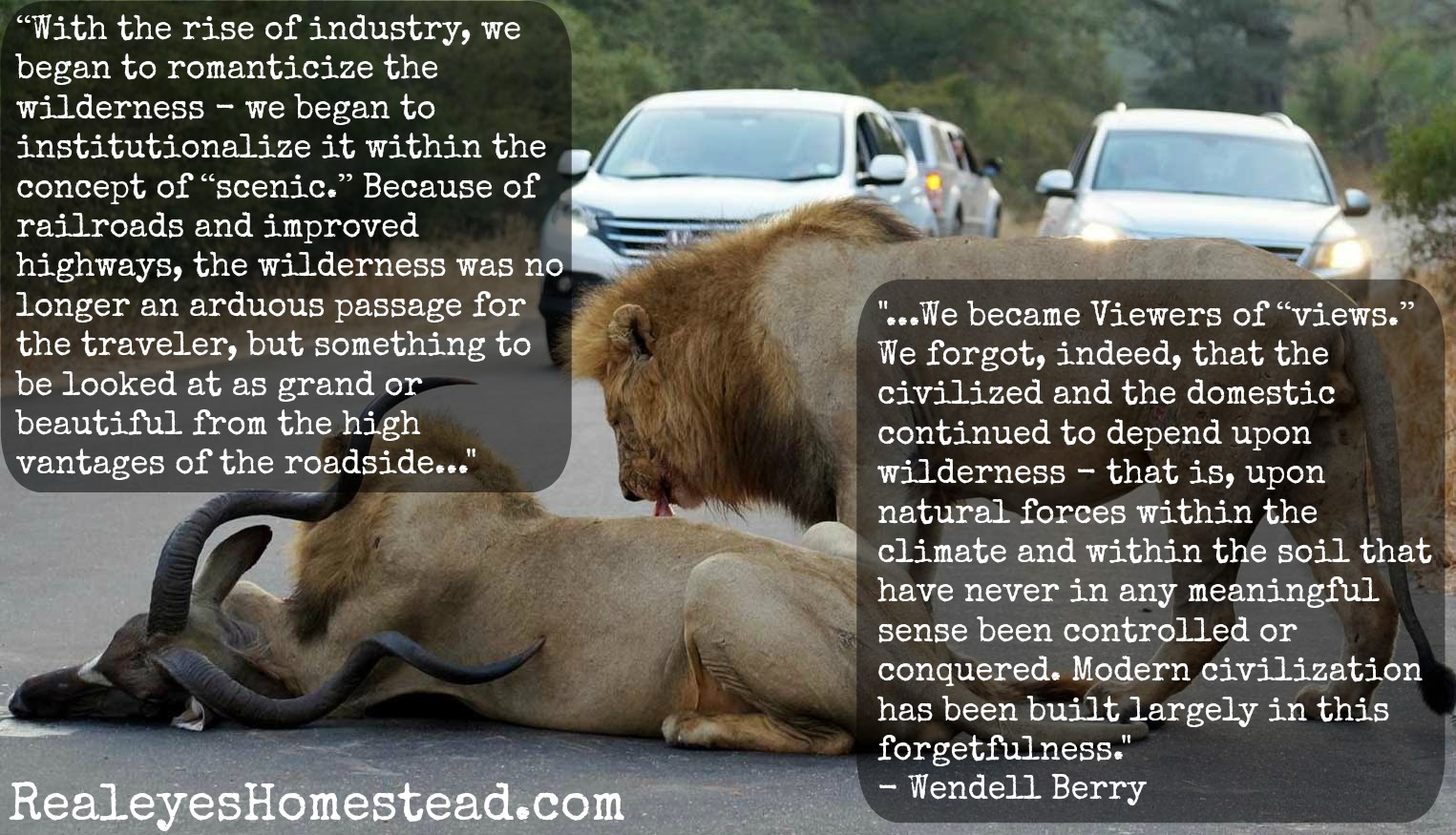 “Apparently with the rise of industry, we began to romanticize the wilderness -which is to say we began to institutionalize it within the concept of “scenic.” Because of railroads and improved highways, the wilderness was no longer an arduous passage for the traveler, but something to be looked at grand or beautiful from the high vantages of the roadside. We became Viewers of “views.” And because we no longer traveled in the wilderness as a matter of course, we forgot that wilderness still circumscribed civilization and persisted in domesticity. We forgot, indeed, that the civilized and the domestic continued to depend upon wilderness-that is, upon natural forces within the climate and within the soil that have never in any meaningful sense been controlled or conquered. Modern civilization has been built largely in this forgetfulness.

And as we transformed the wilderness into scenery, we began to feel in the presence of “nature” an awe that was increasingly statistical. We would not become appreciators of the Creation until we had taken its measure. Once we had climbed or driven to the mountaintop, we were awed by the view, but it was an awe that we felt compelled to validate or prove by the knowledge of how high we stood and how far we saw. We are invited to “see seven states from atop Lookout Mountain,” as if our political boundaries had been drawn in red on the third morning of Creation.

We became less and less capable of sensing ourselves as small within Creation, partly because we thought we could comprehend it statistically, but also because we were becoming creators, ourselves, of a mechanical creation by which we felt ourselves greatly magnified. We built bridges that stood imposingly in titanic settings, towers that stood around us like geologic presence, single machines that could do the work of hundreds of people. Why, after all, should one get excited about a mountain when one can see almost as far from the top of a building, much farther from an airplane, farther still from a space capsule? We have learned to be fascinated by the statistics of magnitude and power. There is apparently no limit in sight, no end, and so it is no wonder that our minds, dizzy with numbers, take refuge in a yearning for iniinitudes of energy and materials.”